Editor’s note: Not everyone subscribes to Skate[Slate] Magazine, but with follow car filming once again the subject of intense online debate, we thought it’d be a good time to put this Real Talk article that originally appeared in Skate[Slate] magazine issue 25 online for everyone to read. The cover of this issue showed a fully leathered-up Mike Girard being follow filmed by Mac Holmes in Mac’s BMW M5 [see below]. Follow car filming is definitely not new to skateboarding or downhill, but it is definitely no joke. Skateboarding can be fatal no matter how careful anyone is trying to be. Skate at your own risk and within your own limits. [see a copy of the full page article here]

In the last couple of years the hood/bumper-mounted DSLR has replaced the pole/helmet-mounted GoPro camera as the most popular way to film downhill skateboarding. When done well, the smooth, high-quality footage is the next best thing to skating behind someone. Unfortunately, driving a follow-car filming rig requires a lot more maturity and situational awareness than simply sticking a GoPro on your helmet and following your friend down the hill.

1. You probably shouldn’t even be doing this. Follow car filming is fucking dangerous. If you blow it, you will seriously injure and could kill your friend. Even pro skateboarders with performance driving experience get nervous when they’re driving ten feet behind a skater. Some dudes won’t even do it. Think about that: they get paid, you don’t.

2. Your hills probably aren’t that good and your skating is almost certainly boring. The SkateHouse dudes use the best gear and employ every speed-enhancing camera trick in the book to make our footage of top riders skating world-class hills look good. Even then, most of it never comes out because it’s not that interesting.

3. Are you the skater? Do you really trust the idiot behind the wheel? That might be your best friend, but follow filming is risky for both of you, even if he’s Ken Block. If he fucks this up, you die. Maybe you both die. Do you trust that person with your life? If the answer is yes, congratulations: you are a dumbass.

4. Is it your car? That shitty Buick is not up to the task. Vans, SUVs, mom’s minivan, your rad little pickup truck and any other improperly proportioned and/or overly heavy vehicles are not a good choice. Got a small, balanced car? You’ll still probably run your friend over and kill them because your shitty brakes and bald tires can’t slow 4,000lbs of metal down fast enough to avoid their legs, torso and head. Now your friend is paralyzed because they wanted to look cool on the Internet. Was it worth it?

5. Are you driving? When you agreed to drive this follow run, you agreed to crash the car to avoid killing your friend. Are you ready to brick the car, maybe hit other people or destroy some property in a crash? Leaving the scene makes you both criminals. You’re both fucked.

6. Assuming you have the right car, your friend is Ken Block and no one is on drugs, your follow car footage is still going to look shitty because you don’t have the camera gear and years of filming experience you need to make downhill skateboarding look good. Now you risked your life for average. Did I mention there is no money in this? Now you’re average and broke.

7. Your video is not going to go viral unless you almost die.* James Kelly was the best pro longboarder in the world for years before he wobbled out at 60mph and got two million views. He had a gaggle of sponsors and Jack Boston. You might get flow and your friends name is Jack, but your parents will suppress the footage while they sue Jack for running you over. Now your friend is fucked, Ken Block and Jack Boston hate you and James Kelly thinks you’re a kook. You never even got to see the footage because you’re fucking dead. Was it worth it?

*This has proved to be untrue in a few cases.

8. Helmet mounted GoPro is good enough to capture anything interesting that might happen to you and is much less likely to kill you. We’ve already established the fact that most people’s skating is boring as hell unless they’re getting exceptionally sketchy. The GoPro is perfect for getting that crucial footage of your buddy wobbling out and faceplanting on the one mediocre hill in your town or getting mauled by a puma while cross stepping on the bike path.

10. Nobody is going to sponsor you.

One last time: follow car filming is really dangerous. If you fuck it up, you can kill someone. You probably shouldn’t do it at all. But if you’re going to do it, remember we told you not to. It’s skate or die, not skate and die.

Missed the subscription cutoff? Not a subscriber yet? Download the app and read it now: 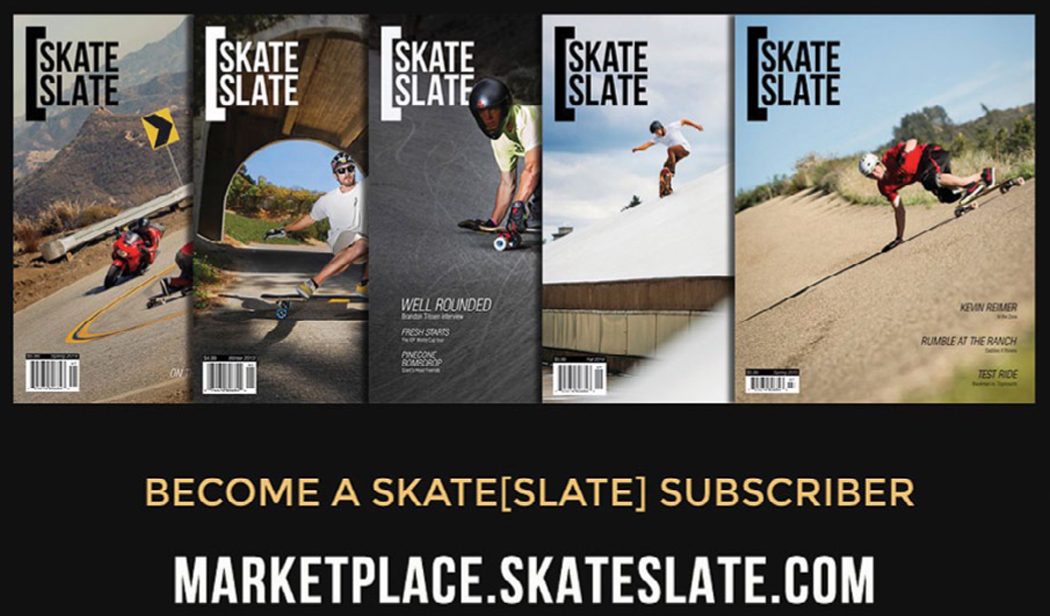 Originally from the East Coast, Max moved west in 2009 to sleep on the couch at what would become the SkateHouse. He's been pointing cameras at skateboarders and running his mouth ever since.